Trying not to give up

I am a 45-year-old woman living in Alabama from California. I was brought here to Alabama when I was 13 and pregnant my grandmother worked at a California hospital who allowed her to get an abortion pill somehow only to bring me here to Alabama and give it to me in which my five month old fetus was ripped the shreds and nobody knew anything about it. Prior to I’ve been in foster homes group homes most of my life until my grandparents decided to get me my grandfather got mysteriously sick when I was 11 and he was my rock the only one that I knew who loved me. My grandmother had other grandchildren by one of her daughters out of the four children she had and my dad was the only one who had an additional child which was me and I was so left out on a lot of things in life. Then she brought me here took me away from my mom and my family only to kill my fetus and blame me for embarrassing her all my life. I have four children they are now grown but they suffer because I never got any help from anyone so I just lived off section 8 and food stamps until they became adults and they have children of their own now who we all struggled to find a place to stay because I gave up my section 8 when they all became adults and because of my struggles with pain and alcohol addiction throughout their years they’re a mess. My grandmother is 81 years old now 82 and she’s planning to ditch us and go back to California for the second time since we’ve been here since 91 because she’s embarrassed of us. I’ve had 21 back surgeries three neck surgeries a hysterectomy to foot surgeries and ankle surgery and ankle surgery removal of hardware a gunshot wound and 2019 which gave me a hernia and I had to get a hernia repair in 2020. Prior to this just like the hospital didn’t recognize the problem of a 13-year-old girl after me going to the hospital three times that day for them removing fetus from a torn fetus I experienced medicine issues with darvocet,  reglan, and many of the drugs that I kept telling the doctors that were harming me more than helping me and they all brushed It off and I lost many civil suits because of this so I just been feeling like a guinea pig and there’s nobody to help me or my kids and my grandkids. I am the emotional wreck and I just been trying to be strong of attempted suicide on many times throughout my years because the doctors never helped me, let alone DHR please help me because I’m just about giving up and there’s no one listening but God and I have nowhere to go but I pray 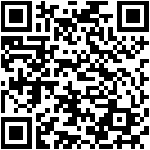