Truck for my husband

Hello my name is Bethany and I would love to give my husband the best surprise ever! Besides our 2 boys.. my husband’s name is Mitch, we have been married for 7 years and have 2 wonderful little, rambunctious, little boys. Ryan 7 and Carter 1.

Mitch and I have had some very rough times in the past and still dealing with them. When we first got together he was laid off for 13 months. We had to endure a miscarriage of our baby but then soon after our 1st son was born. We lived at a family members until he was called back to work.

I then went to school and proceeded to find a job. Things were really looking up for us, or so I thought!

My husband became very ill. For several months he had severe stomach pains with “bowel problems”, he would have chills and just become very lethargic and pale. I was very scared that I was going to have to bury my best friend. But 7 months later, test after test, he had a colonoscopy which revealed that he had a severe microscopic infection within the intestine and was on medication for months. He still to this day struggles with stomach issues.

After that I found out I was pregnant with my second son and our lives when spiraling downward. Mitch wanted to get his CDL so he could pursue lineman work so he signed up for school the summer I became pregnant. He no longer worked on the weekends which mutilated his paycheck and with myself being so sick did not work as many hours as I used to. We struggled weekly to survive.

On the day my baby was born was the same day my husband was scheduled to take his CDL test and missed his son being born by 20 minutes.

We tried to find the positive in everything but because of the money issues, I ended up returning to work 2 weeks after my baby was born. My husband still was not working weekends and to too all that we were spending over $400.00 month in formula which we were lucky to have 50 bucks for the week to live on.

We’re still dealing with catching up but he’s still not working weekends and it’s rough. BUT, my husband has had the same car since we got together and it is over 200,000 miles and I’m so nervous that it’s going to breakdown and that would be very bad. I have my car but I work during the day and Mitch works midnights. So when I’m working he has to pick Ryan up from school then Carter from the sitters. Ryan is enrolled in school so no bussing. But I still have another year to pay on my car and financially we could not have another car payment right now.

Mitch deserves this so much. He is an amazing husband and a very good dad that provides for his family at all cost. I would love to give him this not only because he needs it but because he deserves it so much. You don’t find many guys like him anymore. So please help me with this very special gift. 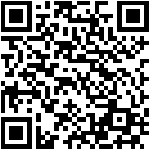