Since I’ve been 16 years old I have suffered from tooth decay of a upper front tooth which slowly cause a painful deterioration of the nerve of that tooth.  Not having any insurance, dental or medical, there was no choice but to live with it.  Needless to say it caused a lot of pain, the tooth broke off causing me not to smile, as the tooth had broken off leaving a gap in the front teeth.  This also caused a strong smell from the decaying nerve.  I later realized, I had lived through a root canal.  The smell was the rotting of the nerve itself.

Working for a few years saving enough to get an upper denture, the rest of the teeth needed to be pulled as there wasn’t enough to support a partial denture.  The lower teeth had similar challenges but the damage was to the lower back teeth.  Not having funds to have a lower denture I learned to live with the loss of the back teeth.  I could still eat using the front bottom teeth to chew food.  As I got older it was necessary to adjust to not having the lower back teeth.  Being forced into medical retirement,  I became disabled and dental and medical coverage was supplied by the State of Wisconsin.

I had the remailing teeth pulled and an appointment was made for the replacement of the upper denture, and a new lower denture.  The upper impression went without a problem, the lower impression was a bit harder.  This resulted in six failed attempts to get a mold for a denture that would fit the lower jaw.  After the last failed denture mold, I was informed that I would need to have four implants to hold that denture in place.  I had medical insurance with the state which regretfully it doesn’t cover implants, which is why I’m seeking funds to have this procedure done.  Not having lower teeth creates a serious challenge in eating, only soft foods, which limits the intake of proteins. 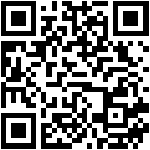