Miracles Can Happen with the Support from Others

On August 12 2021 a good friend Rob went to the ER with severe abdominal pain which started two weeks ago but now has become unbearable. They did an ultrasound that showed masses in the liver and gallbladder.  They admitted him for more testing including a CT and MRI.  All of that confirmed a large mass in his gallbladder that appears to have spread to the bile duct and liver.  They did a scope and took biopsies and now are awaiting results and they came back positive.  Oncology have weighed in saying metastatic gallbladder cancer.  As of right now they are focusing on pain management.  Given that he will be on substantial amount of pain medicine and back and forth for diagnostics and treatment, the doctors have told Rob that he will be unable to work for the foreseeable future.  He was released from the hospital several days later and now just got back admitted into the hospital August 19th.  Him and his fiancé have several children and I am setting up this page to try and help him and his family out with medical expenses that will be starting to accumulate. In a world today that so many bad things are happening, I feel that this could show Rob that there are caring people out there whether it’s friends or strangers that are willing to help one another out in a time of need.  Any donation is greatly appreciated and if you cannot donate, that is okay just please pass this around to help make things a little easier for my friend and his family. 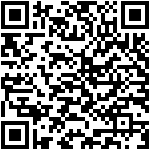