Keegan Casteel arrest, charges, defamation, and harassment for having a rifle and pistol

This is a tax-deductible fundraiser for Mr. Keegan Casteel, a mechanic from Iowa who was arrested in Chicago simply for having 2 firearms in his hotel room.  There was no threat made or any other information or evidence that would accuse Keegan of having any criminal intent whatsoever.  But because a hotel worker saw the guns, it started a series of events that resulted in the mayor of Chicago, Lori Lightfoot, insinuating that Keegan Casteel was going to commit mass murder.

We can’t allow gun ownership to be equated with murder or mass murder.  Lori Lightfoot should focus on prosecuting criminals that commit hundreds of murders in her city each year.  Gangbangers are let out of jail every day – felons in possession of firearms in violation of federal law – and are consistently let off easy.  Rob a store – loot a store – walk free.  Be a gun owner from Iowa with no criminal record – get accused of mass murder and charged with serious felonies.

Please help Keegan with his bills.  Donations to this fundraiser go straight to Keegan, and a receipt is sent instantly to all donors that they can use to write the donation off on their taxes.  Like most people, Keegan has his normal bills to pay during a tough time – this will help him out.  Now he has legal bills too for no good reason.

Send a message to the anti-gun zealots in Chicago by helping Keegan Casteel today.  Gun owners stick together and will not be bullied, harassed, and imprisoned for no reason.  Keegan has already received death threats and been the target of multiple acts of vandalism over this because of the government’s outrageous actions. 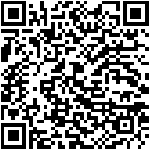