Hello everyone, as some of you may know my older brother Jamie winters has been in the hospital for over 4 months fighting a rare bone marrow disease called Aplastic Anemia. He has undergone countless blood transfusions in order to keep his platelets at a stable level, whilst also fighting numerous complications during the process, such as emergency bowel surgery and an extremely severe infection as a result of the disease and its effect on the body’s immune system.

Jamie’s next stop on his journey is receiving chemotherapy followed by a bone marrow transplant in order to cure the disease which has been delayed 3 times due to complications.

unfortunately, he will not be able to work for a long time as this requires a lengthy recovery which is the reason I have started this go fund me. If you can find it in your heart anything helps, Jamie will have medical expenses coming out of this so if he is able to feel less financially burdened that would mean the world to him and his family.

Thank you to anyone who donates you are truly amazing people. 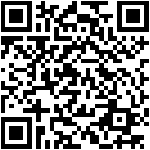