This fundraiser is established to support the continuous fight for justice and due process for Kenneth Miller. \”Coach Miller\” is a beloved hero and stationary figure of Tri-Cities High School in East Point, Ga. He has been student, head football coach, and athletic director of the same institution for over 20 years. Recently, on August 20, 2021 Coach Miller was \”tasked\” with an assignment to find guns on campus by his principal. He took the job seriously, knowing the potential of violence that was at stake. Upon the evolving of his investigation, he found 2 guns that day but also a precarious predicament with a student as well. Miller found the gun in a student’s backpack and proceeded to question the student but instead got attacked. Slapping Millers’ hand and knocking his phone out, Miller restrained the student until law enforcement came to help, all while another gun is looming the school’s premises. Situations like this causes a lot of danger for our teachers and staff without being able to defend themselves. With not being able to have any witnesses testify for him, Miller is taking further legal action with this federal lawsuit. The Fulton County School board took a position to \”focus on\” Kenneth Miller vs the real problem our nation faces. It is very unfortunate that a staple in a community livelihood is affected due to a one sided and unjust legal process. Help us to raise funds to support Kenneth Miller and this battle with Fulton County Schools. 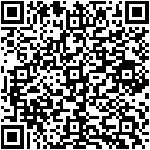