Julia was born the second our child. Since birth, she was a very active and smiling girl, interested everything she saw around. Older brother Michael loved to play with her.

Everything was wonderful until 4 months old, when the first bells appeared – she had a very bad appetite, she began lose weight, felt anxious and had a bad sleep. Two weeks later I’ve noticed the appearance of small bruises, as if it had burst capillaries, they did not pass. We’re became more worried about baby and came to a doctor (in 5 months old), then blood tests were prescribed. On the same day the pediatrician called me and gave a direction for urgent hospitalization. Diagnosis-Acute lymphoblastic leukemia.Revealed a critically low levels of hemoglobin and platelets, and white blood cellsseveral timeshigher than normal.

At that moment, the world turned upside down.Neither my husband nor I have ever a great shock. Tears, they flowed like it never was. We weren’t know what to do, but with a great love to our child, preparing to struggle with illness.

Our medical history began. Sleepless nights, re-tests, transfusions of blood components, first anesthesia, and confirmation of the diagnosis. July wasn’t being well, but began prepare for chemotherapy.An additional ultrasound was prescribed, which found tumour in the abdominal. A week later we were sent to the CancerCenter to start treatment.

When the first chemotherapy was performed andthe bone marrow was re-taken for research. It was discovered 55,8%blasts in the bone marrow, later came the answer of research that revealed a genetic breakdown with translocation t(4;11), which in 75% succesfully treated by bone marrow transplantation.

Then was a search for a donor – first of all me, my husband and our son. After a long tests, long chemo, and decisions – her father was chosen to be a donor of a bone marrow.

Well, what can we do…we’re selling our house to pay for treatment, but at this time it’snot enough to pay for transplantation. I believe, that the ilness will pass away someday, with our love, with faith in God, with Your help. Thank You! 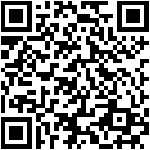